A new Dubai-based developer has ditched the formula of selling off-plan to fund the project, rather is selling residential units as its project nears completion.

Radiant Star, a real estate development company, expects to complete its Dh325-million Riah Towers in Culture Village, a master development off Dubai Creek, by September 2016, with 70 per cent of the construction work already completed.

“We are nearing completion of the development, with major construction milestones met. Hence, this makes our project a compelling proposition in today’s realty market,” Balaji Parthasarathy, Director, Radiant Star Group of Companies, said on Monday after launching the project.

The tower, construction of which had begun in 2014, will house 156 residential units with the developer claiming 20 per cent of the project already being sold. Sales prices are expected at Dh1,250 per square feet while estimated service charge will be Dh16 per square feet, including the chiller cost. 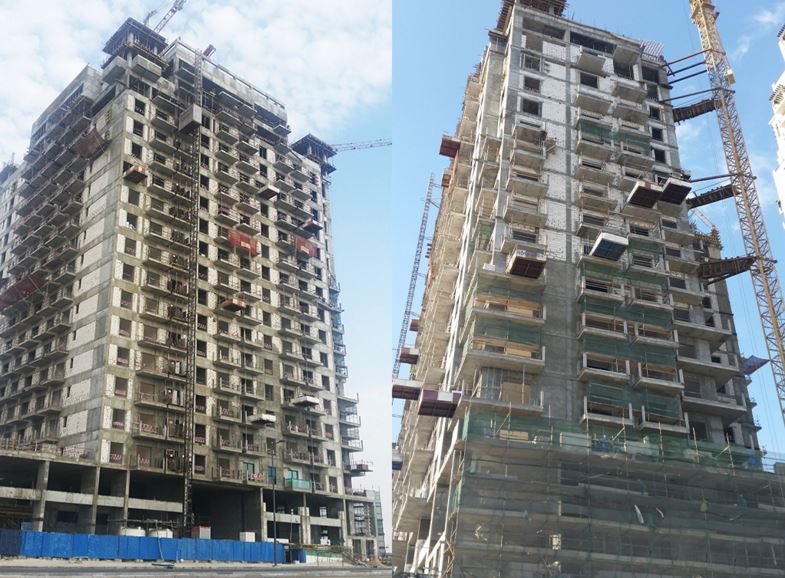 Sharing his view on the current market state, the company official said that Dubai’s property market continues on the recovery mode and with the rapid infrastructure development taking place in the context of Expo 2020 and other positive indicators of strengthening non-oil economy.

In response to a question by Emirates 24|7 on how the company plans to challenge established players, Parthasarathy said: “There will be challenges, but we will grow as we deliver projects over the time.”

The developer claims return of investment to be between seven and 10 per cent per annum.

The Global Property Guide, a website that compiles and analyses property price performance of the world’s big economies, has said Dubai offers rental income on average of 7.1 per cent, which is one of the highest in the world. In comparison, gross rental yields in Hong Kong are 2.82 per cent, India 2.22 per cent and Singapore 2.83 per cent, London between 2.72 per cent and 3.20 per cent.

KPMG, a consulting and audit firm, has said property prices in the emirate will be under pressure this year due to lower oil prices and strong US dollar, the market will start to recover in 2017 as infrastructure work surrounding the Expo 2020 gets under way.

Dubai has already named the designers of the Expo 2020 pavilions, will start work on the Route 2020 – the Dubai Metro extension from Nakheel Harbour and Station to Expo 2020 site, and begin design work on Metro Green Line extension next year.