Dubai real estate is where the world is investing

There is no other place in the world other than Dubai where you have the world investing in real estate.

There are more than 200 nationalities investing in the emirate’s resilient real estate sector, which is supported by state-of-the-art infrastructure. Billions of dirhams have been invested in the property sector, which has been voted as the world’s hottest destination for real estate for years now. Internationally, the returns on investment are much higher than global cities, with rental yields being as high as 8 per cent.

His Highness Sheikh Mohammed bin Rashid Al Maktoum, Vice-President and Prime Minister of the UAE, has not merely driven companies, government entities, but inspired various private developers, to build iconic buildings and to promote Dubai as a tourist destination.

This year on January 4, the Accession Day of His Highness Sheikh Mohammed Bin Rashid Al Maktoum, Vice-President and Prime Minister of the UAE, and Ruler of Dubai, Burj Khalifa, the global icon (Burj Khalifa) will complete six years as it continues to remain the undisputable leader of tall towers globally. 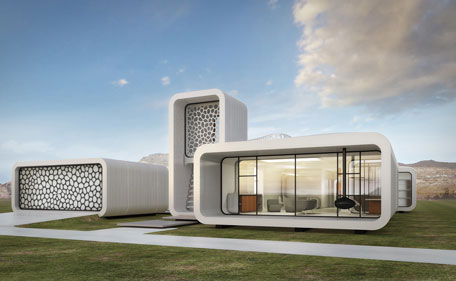 Unveiling the nameplate on January 4, 2010, Sheikh Mohammed said: “We built the high rise for people with strong will and determination. The highest point in the world should be linked to the big names and I announce today the opening of Burj Khalifa Bin Zayed.”

He added: “Today, the UAE has put a new spotlight on the world map.”

Moreover, His Highness vision has also lead to successful completion of Palm Jumeirah, a man-made archipelago; Burj Al Arab, the world’s only seven-star hotel, and Dubai Mall, one of the largest malls in the world.

After 2015 was declared “Year of Innovation”, Year 2016 will witness the construction of the world’s first fully functional 3D printed building. Approximately 2,000 square feet in size, it will be printed layer-by-layer using a 20-foot tall 3D printer and will be assembled on site in just a few weeks’ time.

In July 2015, Mohamed Al Gergawi, the Chairman UAE National Innovation Committee, said the UAE aims to deploy the latest technologies to improve people’s lives and to develop its economy in line with the country’s National Innovation Strategy and the vision His Highness Sheikh Mohammed bin Rashid.

“This project reflects the vision of our leadership here in Dubai,” Al Gergawi has said.

# Museum of the Future 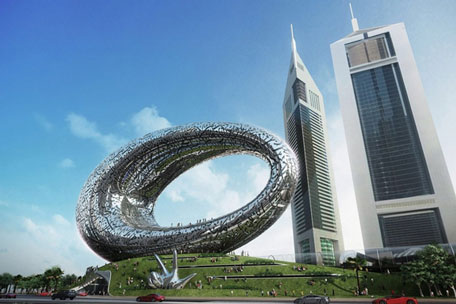 Furthermore this year, work will begin at full pace on the Museum of the Future, which is expected to be opened in 2017.

In March 2015, speaking at the launch ceremony, Sheikh Mohammed bin Rashid said: “His Highness Sheikh Khalifa bin Zayed Al Nahyan, our President, has declared 2015 to be the year of innovation in the UAE. Today we show how serious and committed we are to that mission by turning the UAE into a major international destination for innovators.”

Located in the Emirates Towers area, near Sheikh Zayed Road, the museum will provide the best innovative environment in the world with visitors being able to experience the future through cutting-edge simulations and interactive demonstrations. It will hold scientific conferences and offer advanced courses and specialised workshops on design and innovation covering the latest scientific developments, trends and designs as well as their practical applications.

Read: Plans for major new ‘Museum of the Future’ in Dubai launched

As to the development of infrastructure in the run up to Dubai Expo 2020, the Roads and Transport Authority will commence work on the Route 2020 Metro line this year after the project got approval from His Highness in October 2015.

Dubai Electricity and Water Authority (Dewa) is expected start work on the 800 Megawatt third phase of the Sheikh Mohammed bin Rashid Al Maktoum Solar Park by second half of 2016. The solar park is the largest single-site solar project in the world and will produce 1,000 MW by 2020 and 5,000MW by 2030, with total investment of Dh50 billion.